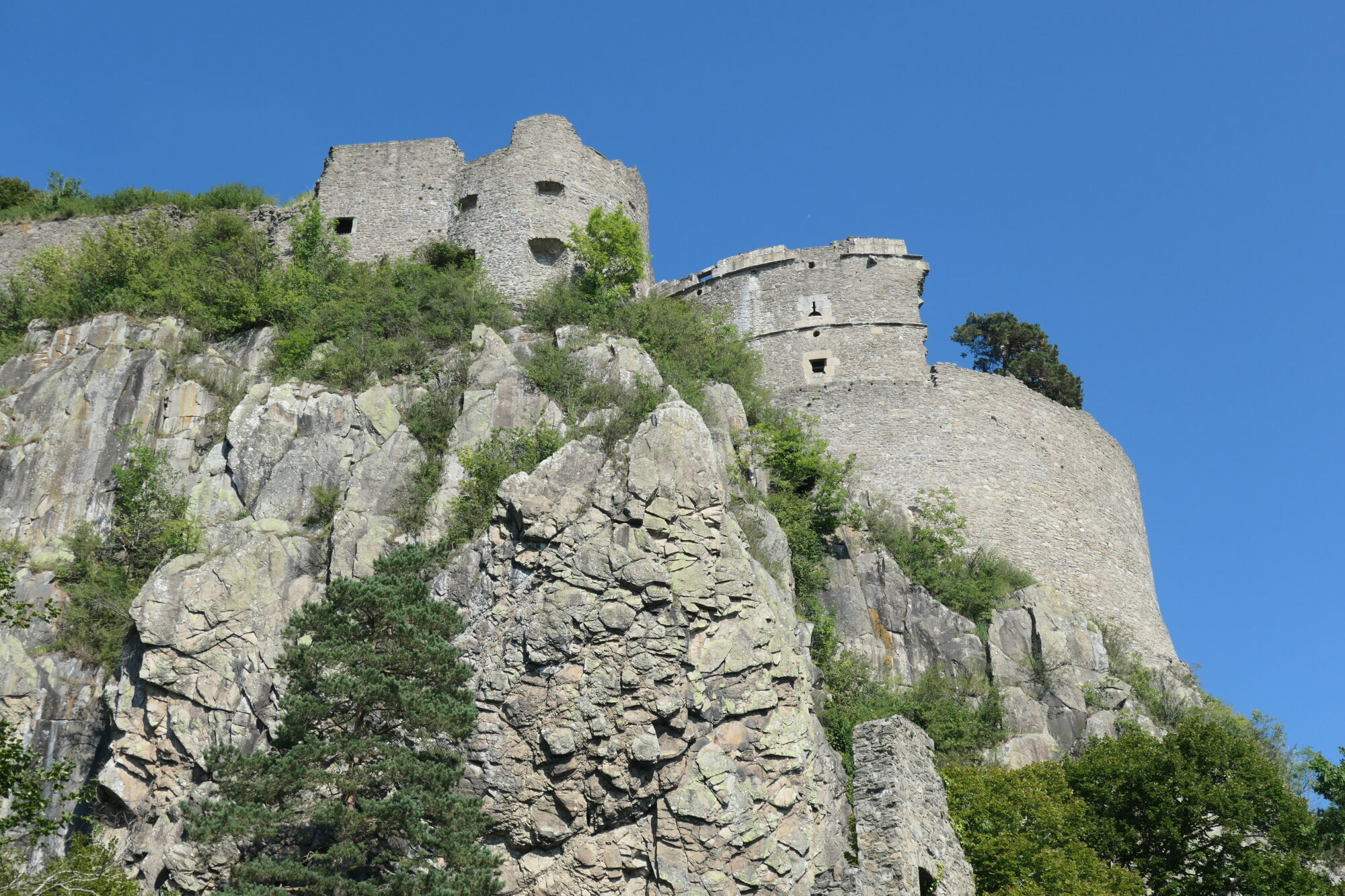 Let’s first look at a few historical facts before revealing the secret of how to build a massive estate with minimal resource costs:

Hohentwiel is the biggest ruined castle in Germany. It is built on an area of about 9 hectares (22.2 acres), on top of an extinct volcano in the state of Baden-Württemberg in south-west Germany.

The oldest evidence of a settlement at mount Hohentwiel dates back to 7.500 BC. The castle itself is, of course, much younger. According to the St. Gallen monastery chronicles, it was besieged in 915. Considering that the earliest stone castles in Europe were built in the second half of the 11th century, it’s safe to assume that the castle was originally a wood and earth construction.

At the beginning of the 16th century, Count Ulrich of Württemberg bought castle Hohentwiel for 12.000 gulden and started to build it into a fortress.
Reinforcing was a necessary step, caused by the increased spread of firearms. Fortress Hohentwiel was extended various times. It’s maximum stage of expansion was reached in 1735. In the second half of the 18th century, the fortress lost its military importance. In 1799, it was peacefully handed over to the French, who decided its razing in August 1800. 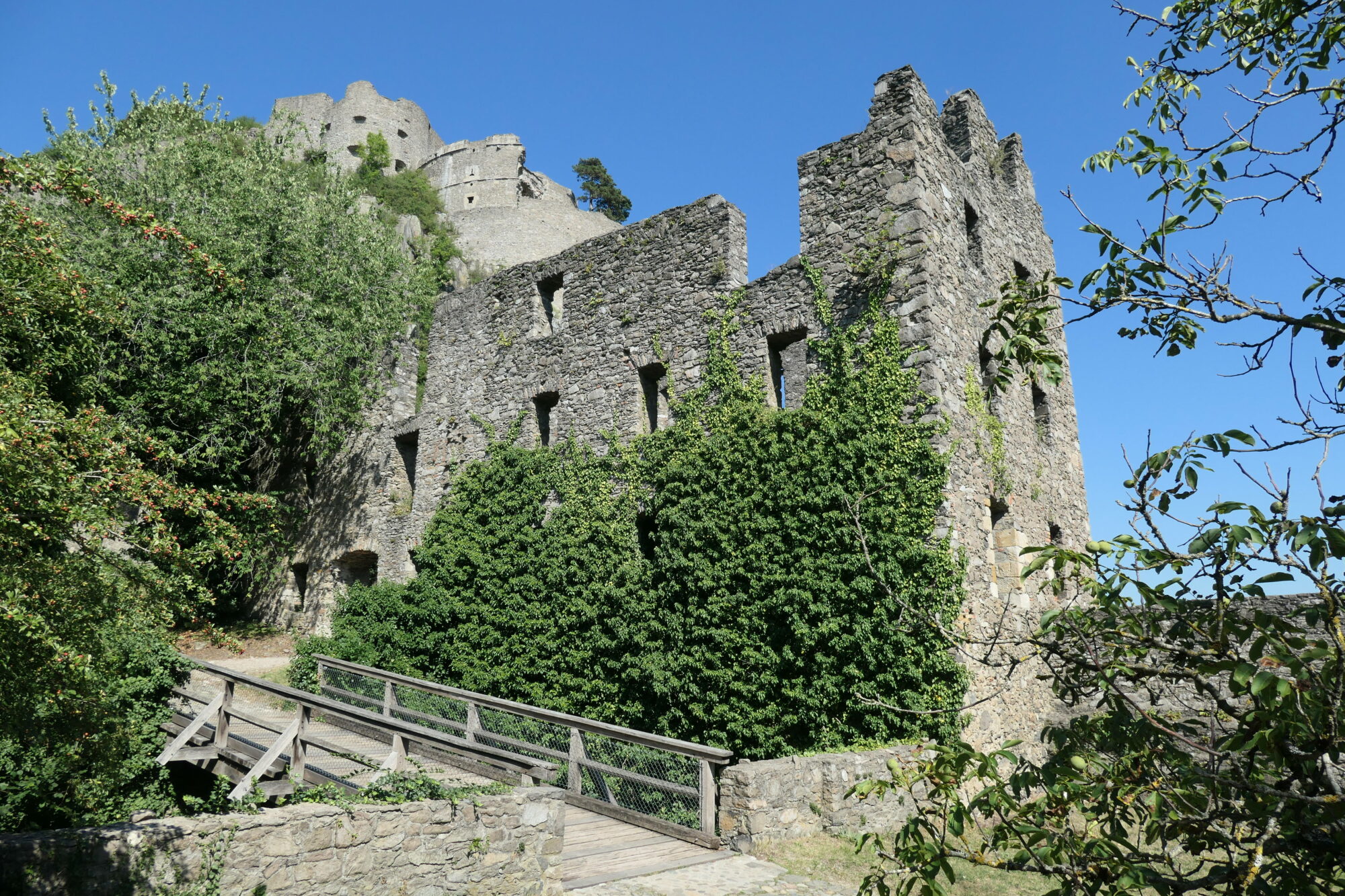 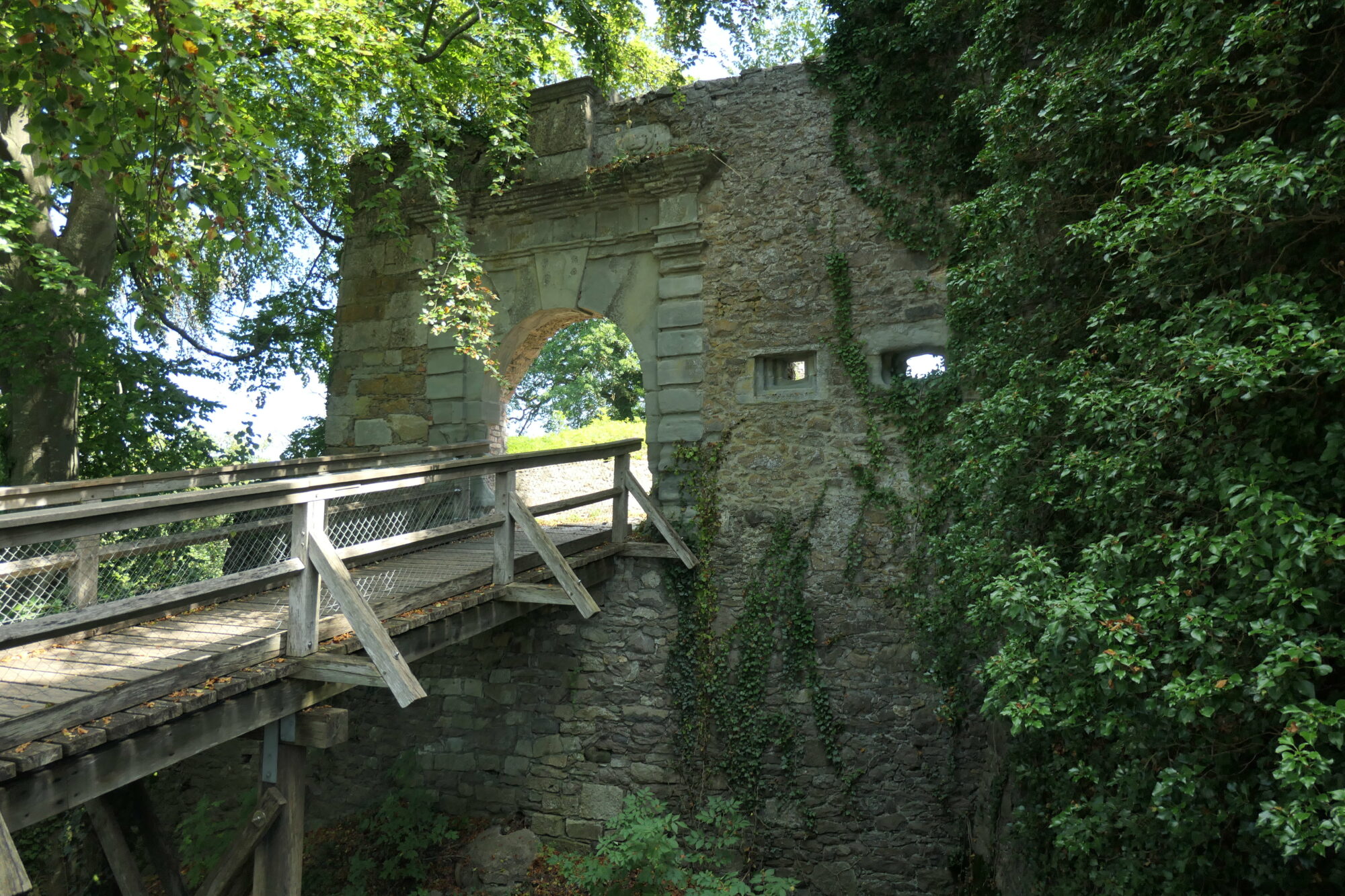 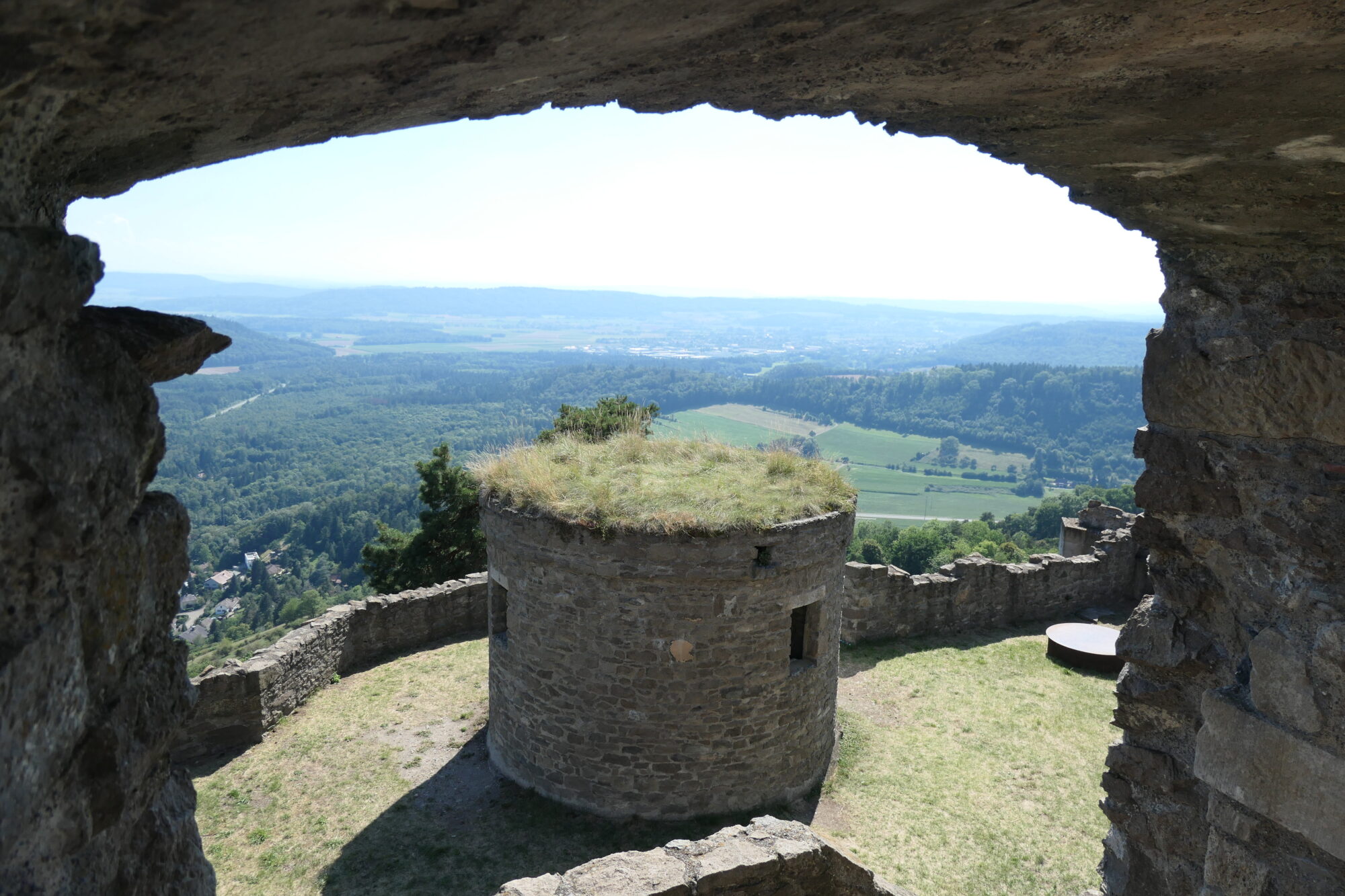 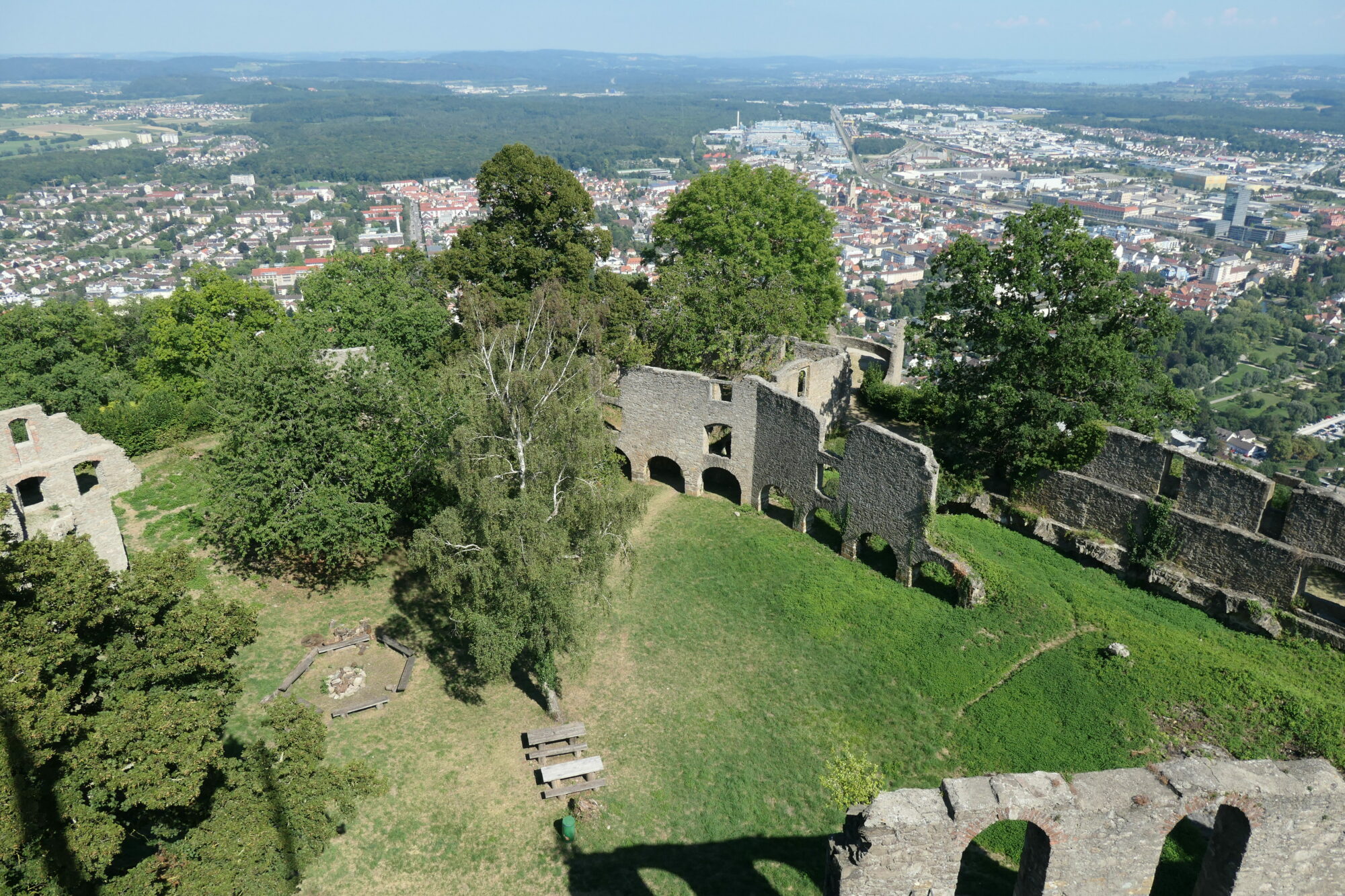 The first reported siege happened in 915. During the Thirty Years’ War, Hohentwiel resisted five Imperial sieges, which rewarded it the reputation of an impregnable fortress. Which it actually was, as it resisted all sieges.

From the 16th century onwards, every visitor to Hohentwiel was obliged to carry 40 pounds (18KG) of stones up the mountain. A tradition established by Count Ulrich of Württemberg that lasted until the fortress’s last days. In return, each visitor was entitled to a welcome cup of wine from a golden goblet. 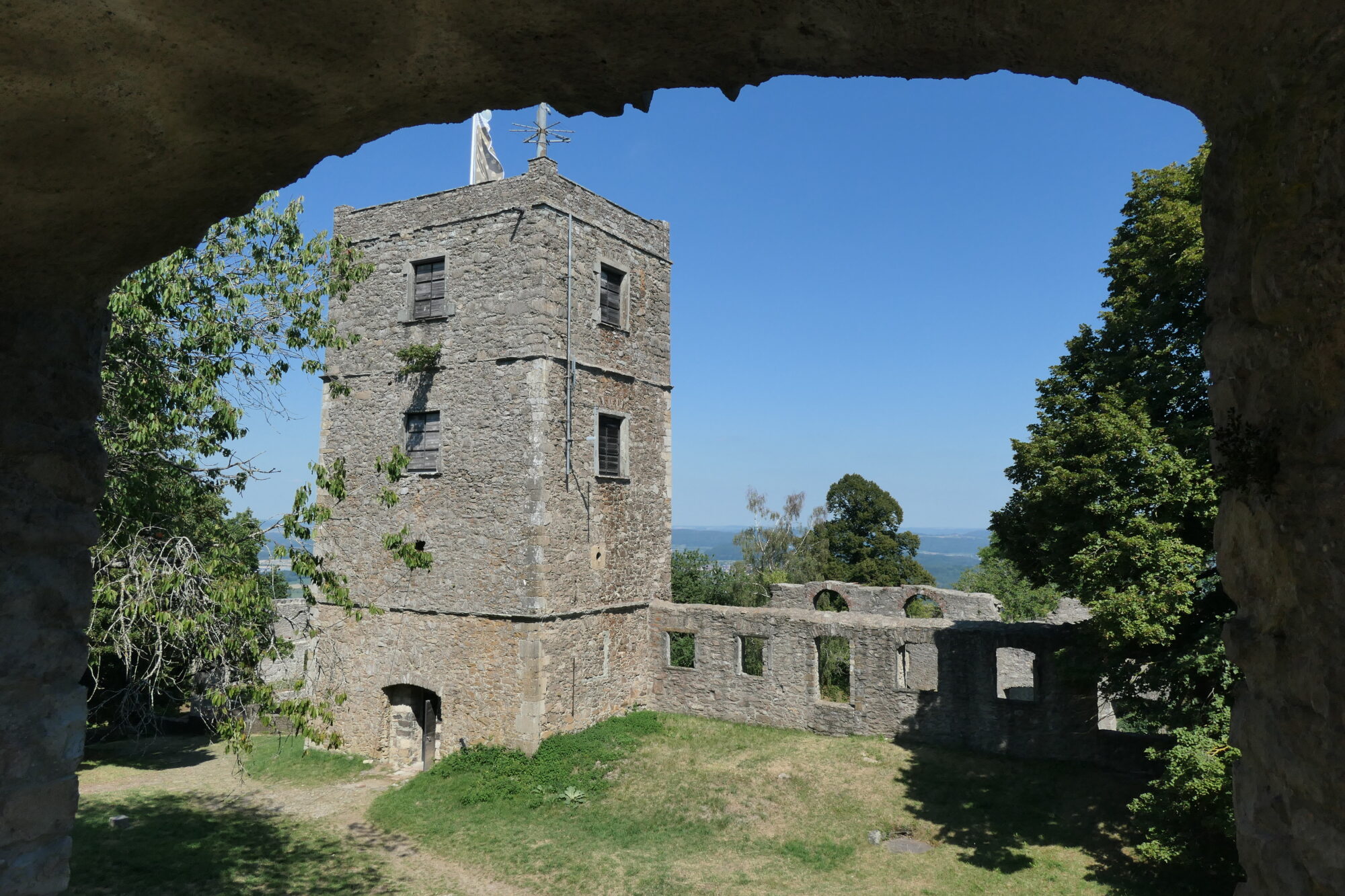 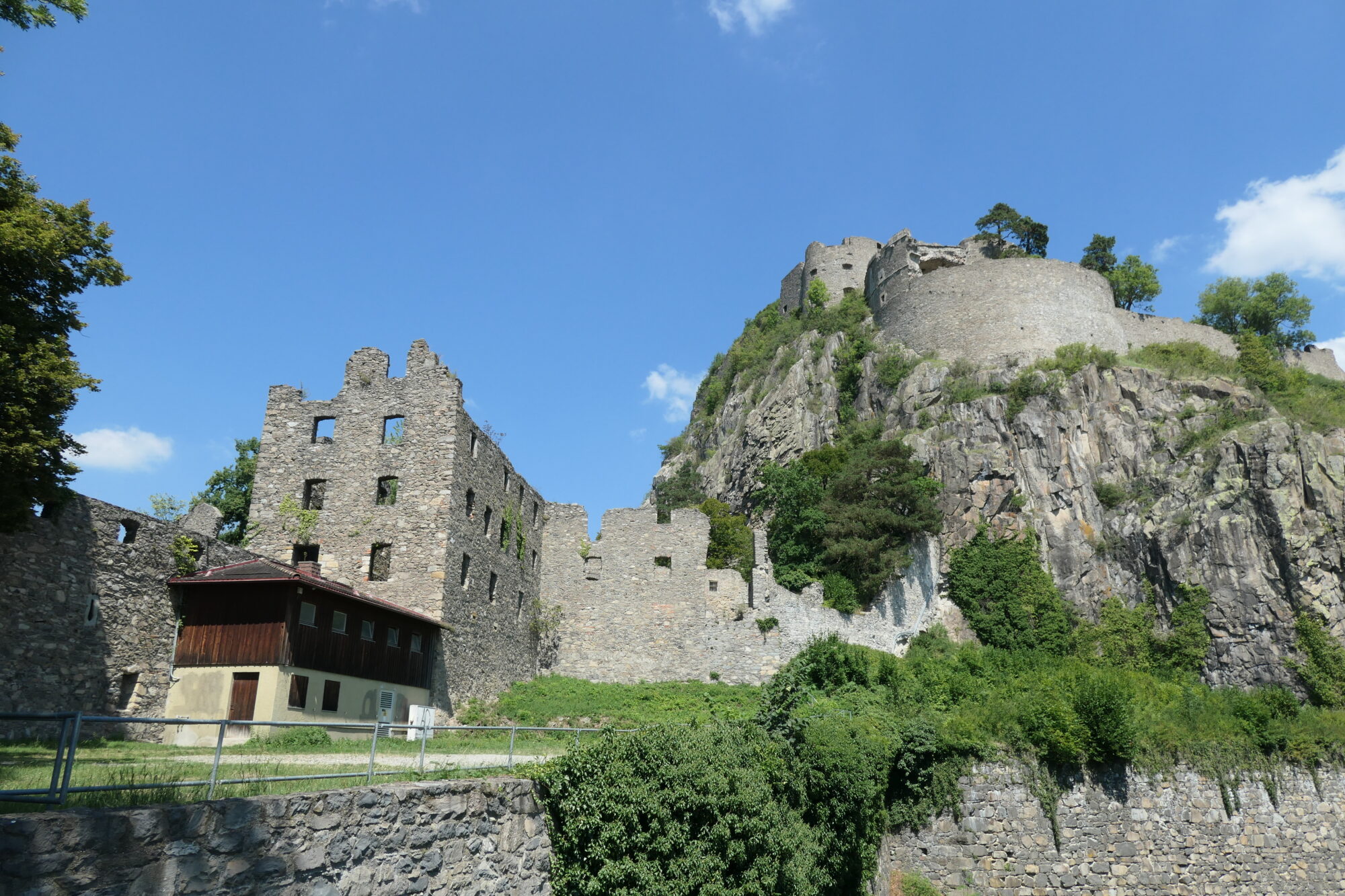 Speaking of wine: In 1628, there were 109.000 liters of wine stored at Hohentwiel. Not just to compensate the visitors for providing the building materials. In those days, wine was part of a soldier’s pay, to support the soldiers and their families.
And because most soldiers had families, there were usually between 70 and 280 people living at Hohentwiel; That was in times of peace. In times of war, however, Hohentwiel accommodated up to a thousand people, and for 1000 people, 109.000 liters of wine isn’t that much of an abundance. Especially if you consider that a siege could last a year or longer. Hohenneuffen, for example, was once besieged for 15 months before it surrendered. The idea of a siege, btw, was to starve a castle into surrender.

To keep the fortress maintained, there were a carpenter, a mason and a blacksmith workshop inside the castle. During the middle ages, fewer things were feared more than a nightly fire, which could easily burn a whole town to the ground. That’s why forges were usually placed at remote locations. At Hohentwiel, the forge was located at the slope of the hill between the upper and the lower fortress, far away from any other buildings. This way, in case a fire would have broken out at the smithy, it couldn’t have spread and the damage would have been limited. 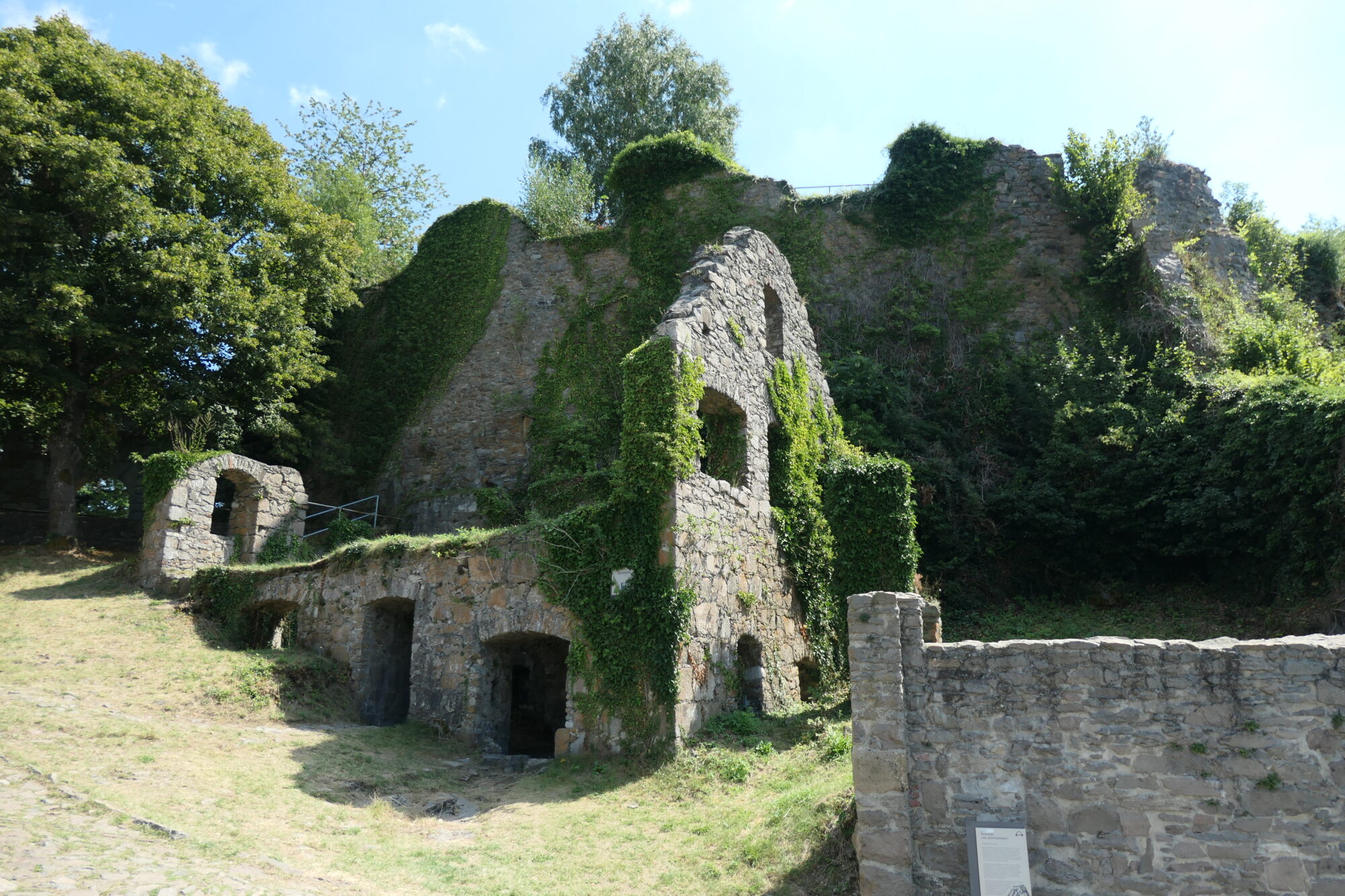 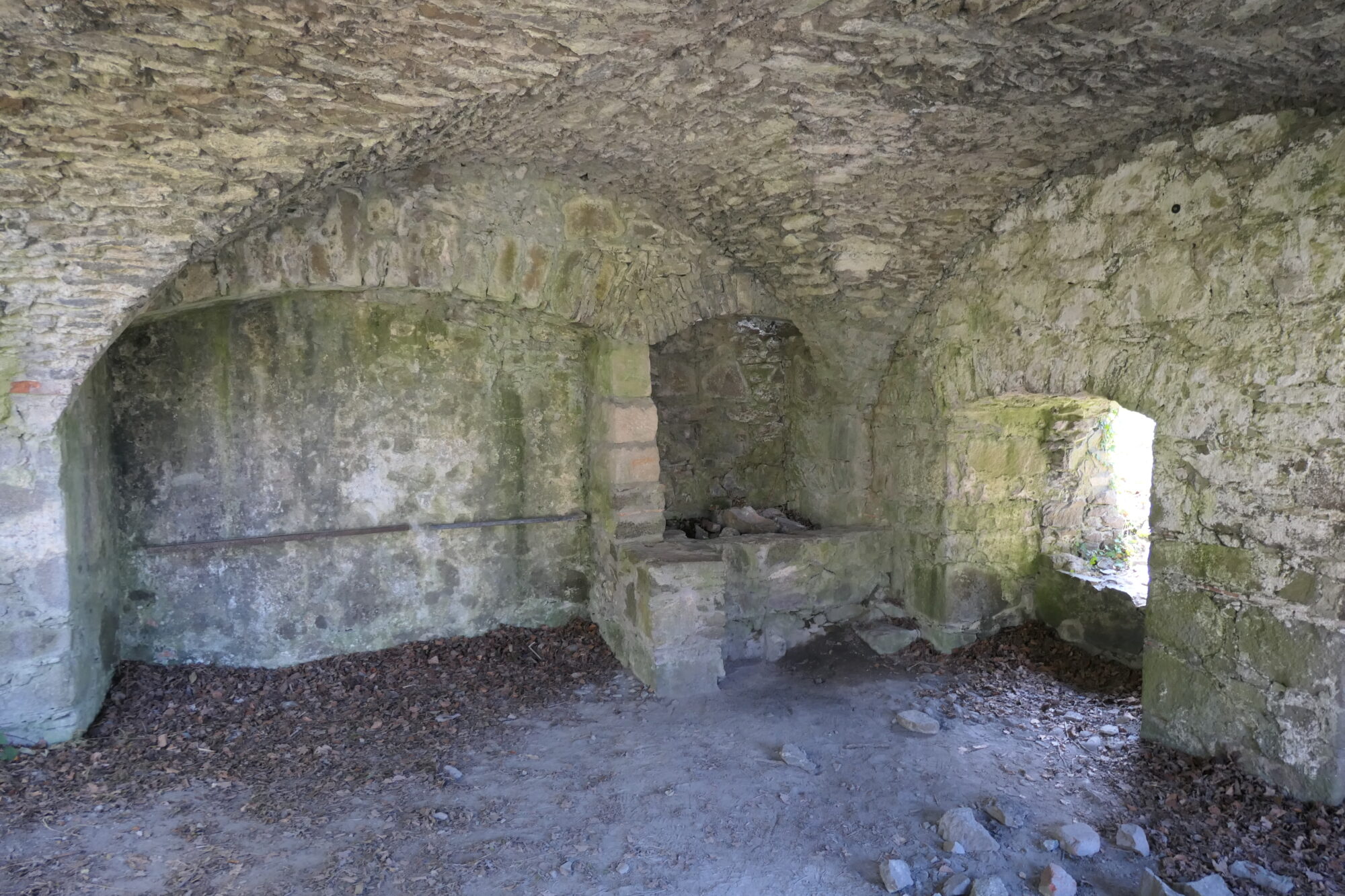 If you have plans to visit Hohentwiel, be sure to wear hiking shoes or otherwise stable footwear. The way up to the top of the mountain is at times a little steep and the paving stones can be slippery. Be also sure to have a look at Hohentwiel’s official website. It can happen that the ruins are temporarily closed caused by rockfall. 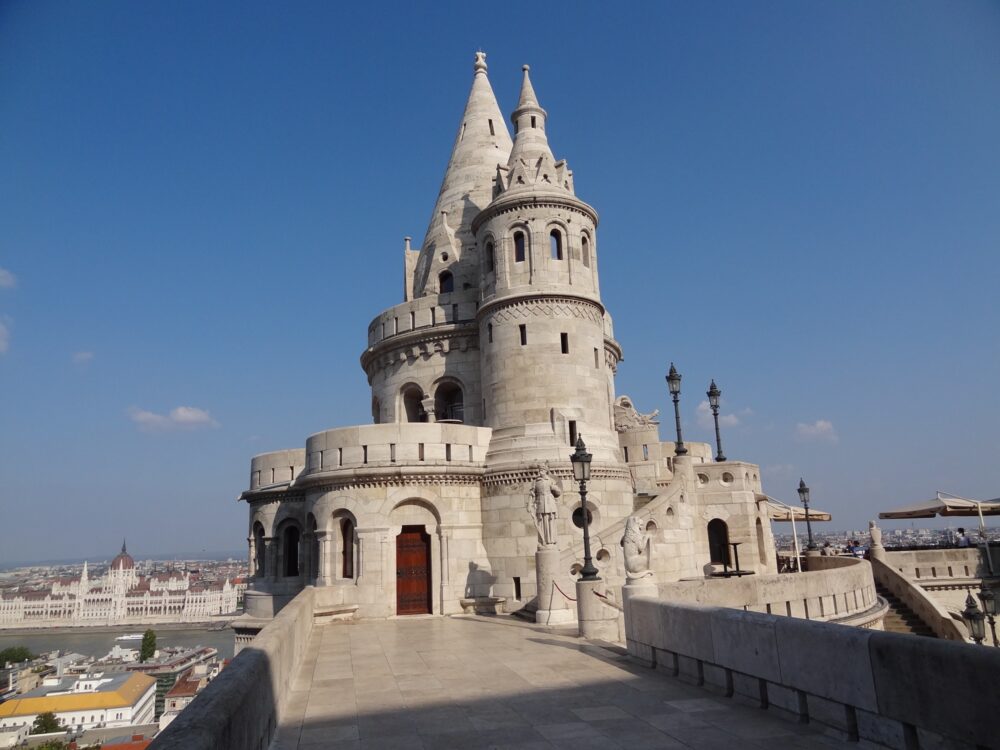 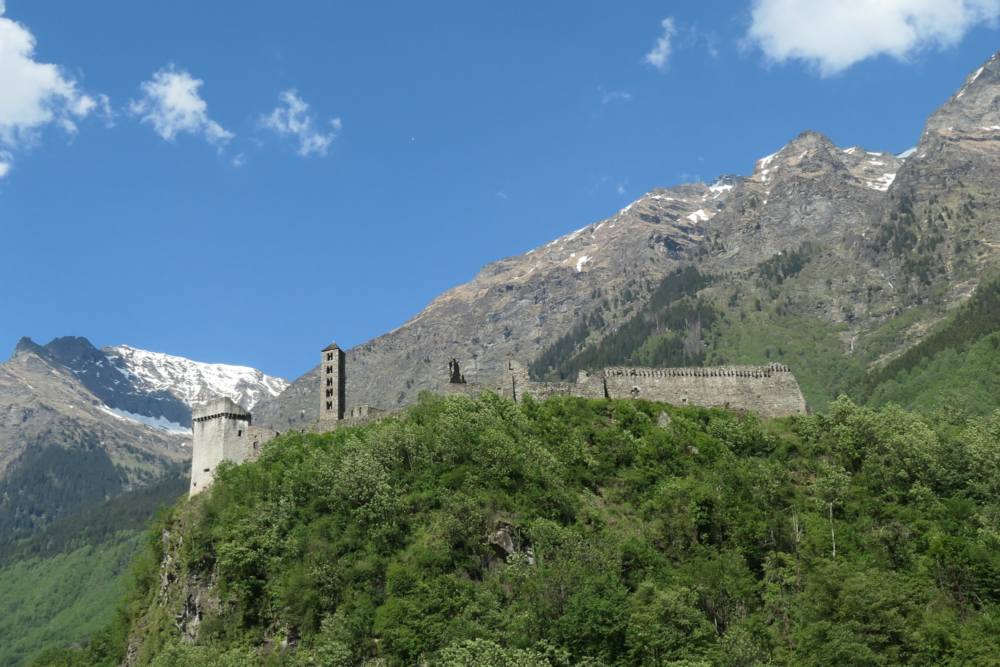